In The Breakthrough in Two Acts, Dr. Fredric C. Hartman paints a vivid picture of emotional pain and its context within the human mind and brain. Set in the dramatic backdrop of a therapy session as a stage play, featuring Dr. Hartman as the psychologist and Human Consciousness itself as “the patient”, this is a practical guide for anyone who struggles with negative or painful emotions.

In his play, Dr. Hartman tells the story about our vulnerability to painful emotions, which flare up from the depths of our brains, casting distressing and destructive spells over us. As the play unfolds, he develops two new experiences to help strengthen our consciousness: one, by actively breaking the spell of the two thoughts that lie at the heart – and generate the distress – in each of our negative emotions, and two, by embracing the strange, fleeting collection of conditions that come along with the present moments of our lives as they each flash by.

The Breakthrough in Two Acts is an appeal to humanity and a plan for how to use one “part” of our brain – consciousness – to quiet down another chronically overheated “part” – the limbic system – that has ravaged our species with troubles ranging from emotional illness to war. Here is a way of thinking for hard times to help overcome emotional distress and embrace a calmer and more fulfilling way to experience life. 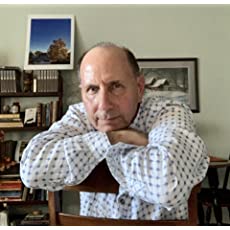 Dr. Fredric C. Hartman has been a clinical psychologist in private practice for over 30 years. In addition to general practice, he has specialized experience in treating losses and post-traumatic stress disorder. He was a consultant for ten years to Hospice Care Network in New York where he ran bereavement groups with widows and widowers and support groups with the nurses who went into the homes of the dying. He was mentored there closely by Cathy Fanslow Brunjes who was trained by Elizabeth Kubler-Ross. He has also worked extensively with the first responders to the attack on the World Trade Center on 9/11/2001. 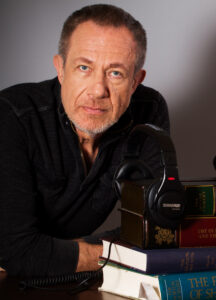 STEFAN RUDNICKI is a Grammy-winning audiobook producer and an award-winning narrator who has won several Audie Awards, as well as more than twenty-five Earphones Awards, and been named one of AudioFile’s Golden Voices. 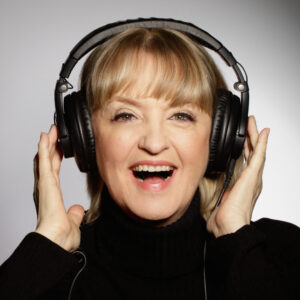 GABRIELLE DE CUIR, an Audie and Earphones Award–winning narrator, has narrated over two hundred titles and specializes in fantasy, humor, and titles requiring extensive foreign language and accent skills. Her “velvet touch” as an actor’s director has earned her a special place in the audiobook world as the foremost producer for bestselling authors and celebrities. 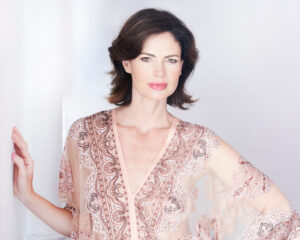 JUSTINE EYRE is a classically trained actress who has narrated many audiobooks, earning the prestigious Audie Award for best narration and numerous Earphones Awards. She has appeared on stage and has had starring roles in four films on the indie circuit. Her television credits include Two and a Half Men and Mad Men.

Well, until I went to college I was only interested in reading Superman comics and that was a short stint. I never read what was assigned in high school. In college I took all science courses so I only had to read the same textbook over and over. It was after college when the gene turned on and I fell in love with reading. Since I couldn’t read a lot I had to select the reading I would get the most out of. So I went to the very greatest writers because their writing was the best and the easiest on my system.

So much great writing out there.